“As you know, we count as blessed those who have persevered. You have heard of Job’s perseverance and have seen what the Lord finally brought about. The Lord is full of compassion and mercy.”  (James 5:11)

Glick has sought to acquire wider access to the Mount for Jews, who also have faced limits in their visitation activities to the site—such as moving their lips or expressing any signs of public prayer.  (Arutz Sheva)

Recently, a Jerusalem court overturned the 40-year prayer ban for Jews on the Temple Mount.  That ruling is expected to be appealed by the Jerusalem police department; yet, even this initial victory came at great cost.

While recovering from gunshot wounds to his stomach, arm, lung, throat and hand that also fractured ribs and causing damage to his intestinal system, Glick told Ashkenazi Chief Rabbi David Lau that, before shooting, Hejazi called him “an enemy of al-Aqsa,” the mosque that sits on the south side of the Temple Mount. (Jerusalem Post) 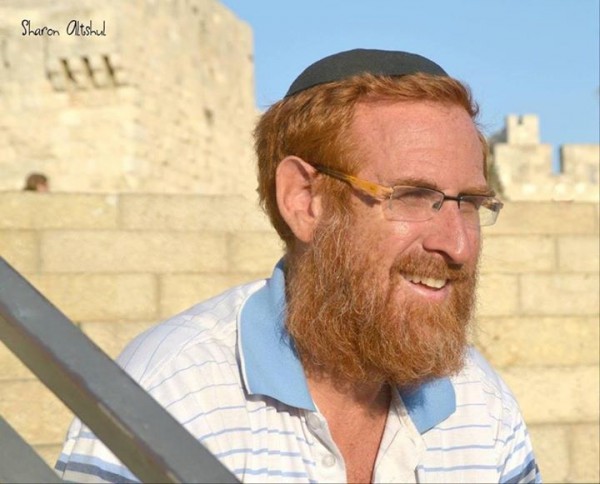 Yehuda Glick, advocate for the rights of Christians and Jews on the Temple Mount.

The court’s ruling this past Tuesday put an end to the restraining order that has kept Glick from the site since last Fall, stating that Glick’s presence could not be proven as a cause for riots on the Mount or in wider Jerusalem.

The ban was put into effect after an Arab woman filed a complaint that Glick had knocked her over on Sept. 2, 2014, at the holy site, breaking her arm.  However, Glick proved that he wasn’t even on the Mount that day.  The woman then changed her story, saying that Aug. 31, 2014 was the date of the incident.  Three of the police officers accompanying Glick said they saw no such incident.  (JP)

Despite the ruling, Glick seems to be facing an uphill battle in acquiring fair treatment for Jewish visitors to the heritage site.  He said that the court’s allowance “is far from being proportionate: both because it confers permission to ascend [to the Temple Mount] once a month to someone who was used to ascending three to four times a day.”

“And also because it is based on the mistaken assumption that Arab violence is a result of the behavior of the Jews and not due to a terrorist initiative, as security experts have already revealed,” he added.  (Forward) 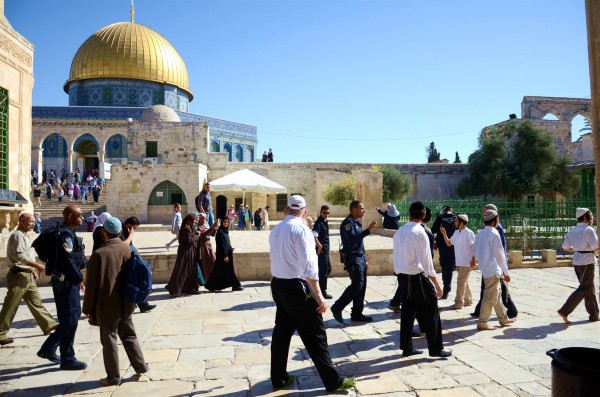 While Muslims enjoy free access to the Temple Mount, Jewish and Christian visitors have a police escort both for their own protection from Muslims and to prevent them from praying.  (Photo by Michael Jones)

The court also required that Glick leave behind any cameras or smart phones, in case his holding one would provoke the Muslim community.  It also banned him from “reading anything at all aloud.”

Reaffirming the Prophet Isaiah, Glick asserts that the Third Temple will be “a house of prayer for all nations.”

“We also glory in our sufferings, because we know that suffering produces perseverance; perseverance, character; and character, hope.”  (Romans 5:3–4)