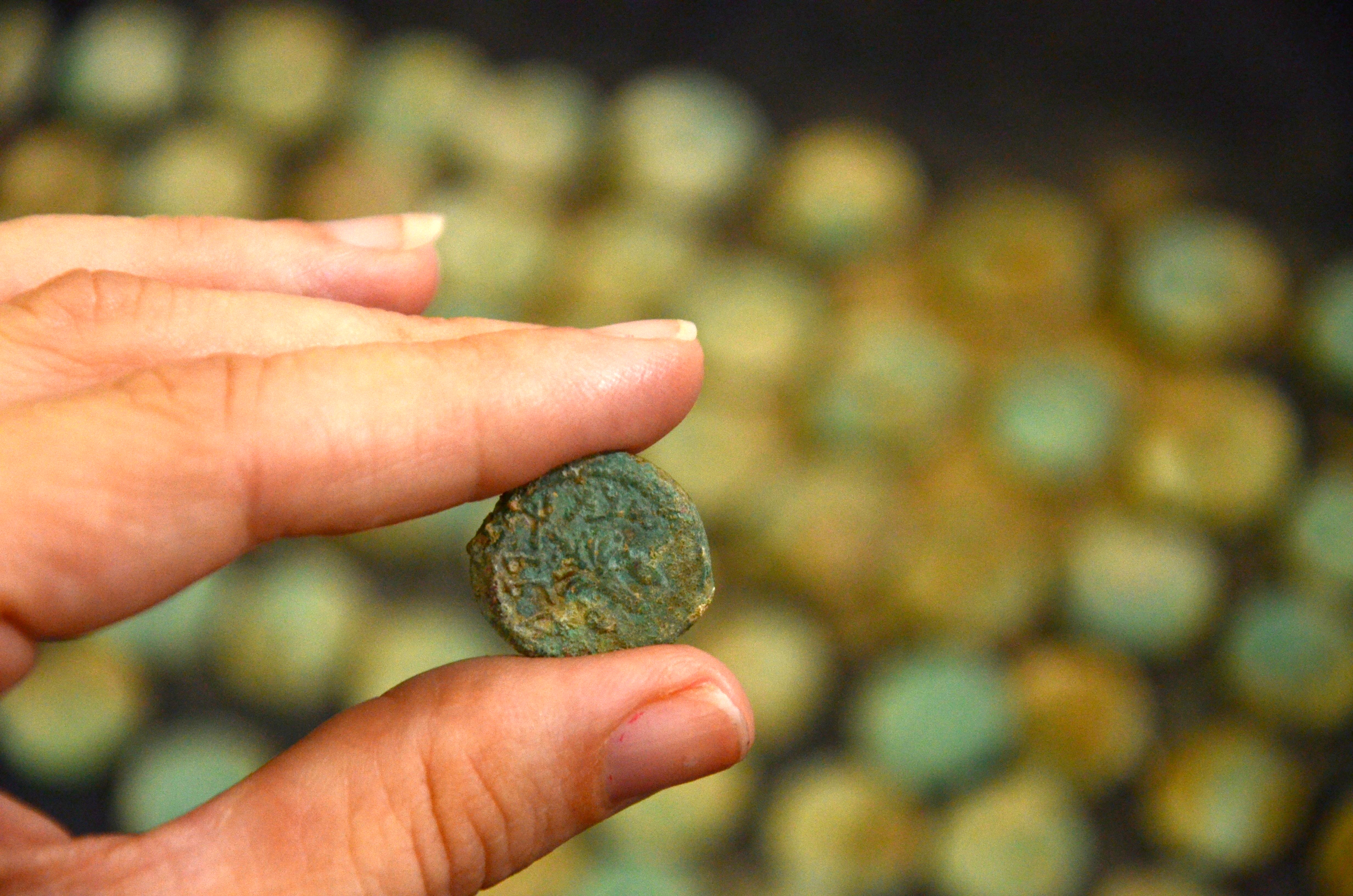 “I have heard your prayer and have chosen this place for Myself as a temple for sacrifices.”   (2 Chronicles 7:12)

Last week, the Israel Antiquities Authority (IAA) announced the discovery of a treasure trove of 144 bronze coins dating from the fourth year of the Jewish Revolt against Rome.

The coins are decorated with the image of a chalice that may have been like those used in the Temple, as well as the Arba Minim (Four Species) that are relevant to Sukkot (Feast of Tabernacles).  (Leviticus 23:40) 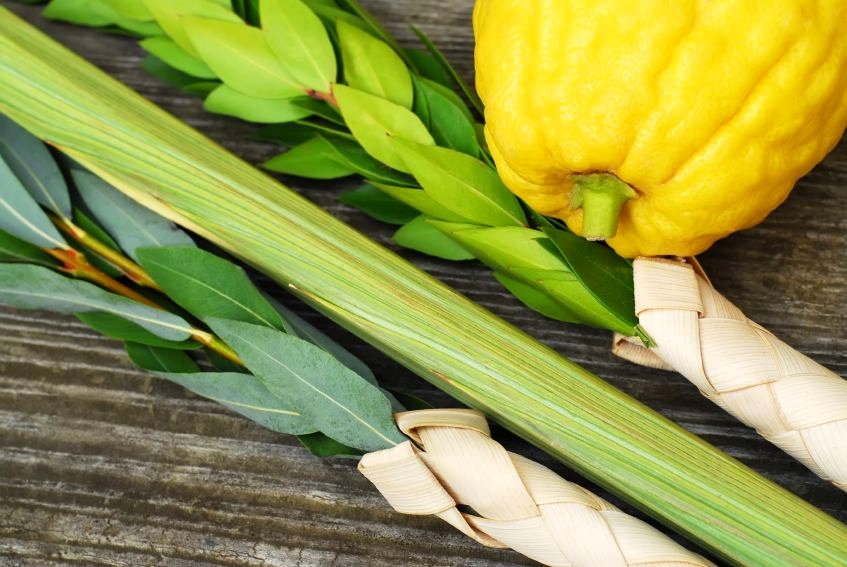 The Arba Minim or Four Species (traditionally palm, willow, myrtle and citron) are four plants mentioned in Leviticus 23:40 as being relevant to Sukkot (Feast of Tabernacles). In Karaite Judaism, the Jewish People build their Sukkot (tabernacles or booths) out of branches from the four specified plants, while in Rabbinic Judaism, the three types of branches and one type of fruit which are held together and waved in a special ceremony during Sukkot.

The coins were uncovered during excavations of a small Roman-era Jewish village at a site known as Hirbet Mazruk, prior to the expansion of Highway 1, the main highway connecting Tel Aviv and Jerusalem.  When pottery shards were found there several months ago, the IAA expanded excavations.

This site is located near the modern town of Abu Ghosh just outside of Jerusalem.

The coins were uncovered amid the ruins of a small ceramic box and are identical in size and value.  They are thought to have been minted at the same time only months before the fall of the Second Temple. 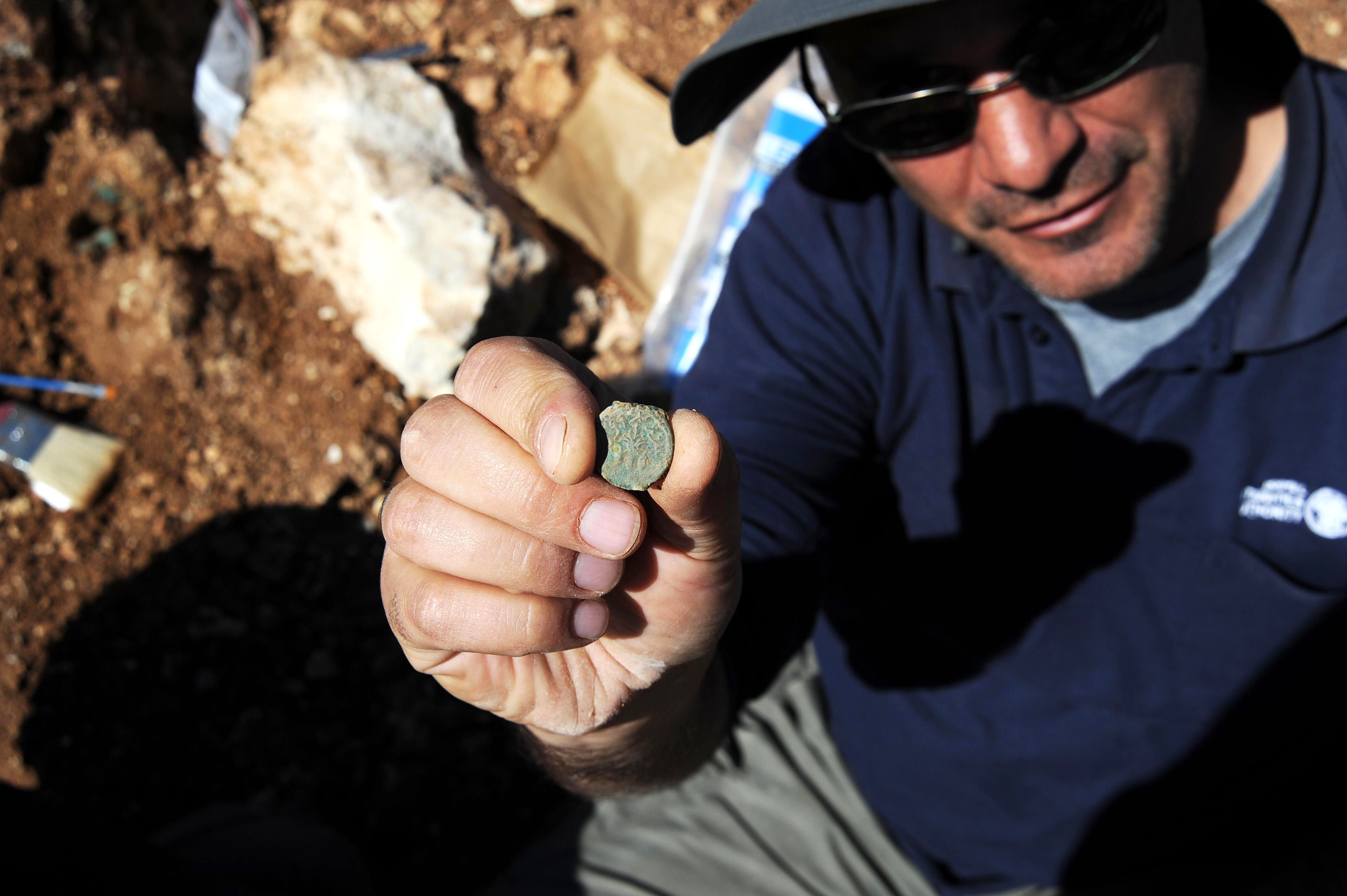 Judea District chief archaeologist Pablo Betzer, who is co-leading the team that discovered the coins, estimates their value at a quarter or one-eighth of a shekel.  (Times of Israel)

Each coin bears the marking, “For the redemption of Zion” and “year four,” meaning they were created during the fourth year of the Jewish rebellion against the Roman Empire that began in AD 66.  That would place their manufacture between spring of 69 and the spring of AD 70.

The Great Revolt ended with the Temple’s destruction as well as the destruction of the city of Jerusalem in AD 70.

“Evidently someone here feared the end was approaching and hid his property, perhaps in the hope of collecting it later when calm was restored to the region,” explained Betzer.  (CBN)

The village in which the coins had been stored was one of those that had refused to submit to the Roman authority and had been destroyed.  It is believed that they were hidden in a wall or the floor of the building being excavated. 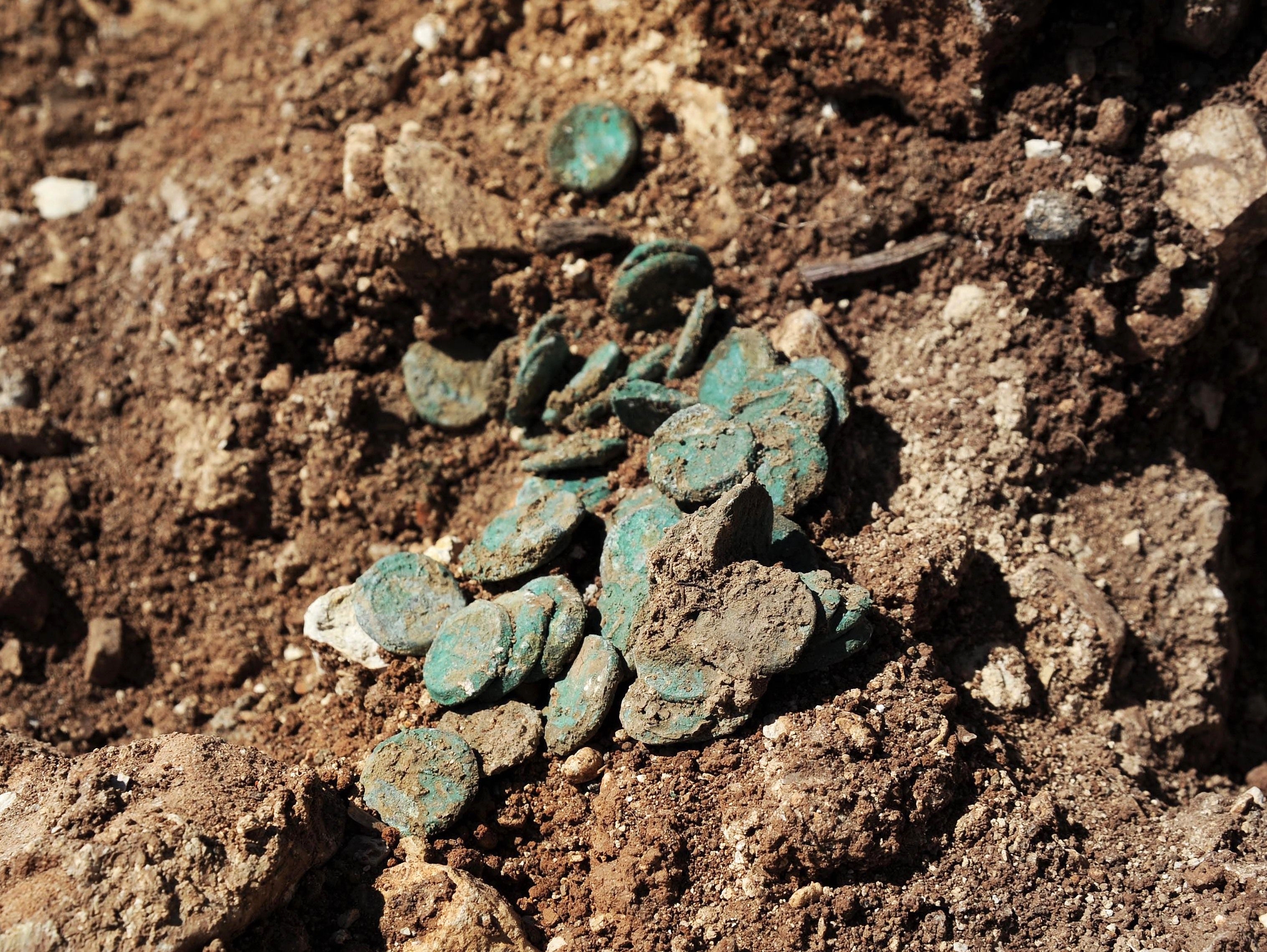 On Tisha B’Av, the fast that commemorates the destruction of the Temple, the Israel Antiquities Authority (IAA) announced a 2,000-year-old trove of rare bronze coins from the Late Second Temple Period.  (Photo credit: IAA)

The announcement was made Tuesday in order to coincide with Tisha B’Av, which falls on the Ninth of Av and commemorates the destruction of the Jewish Temple in AD 70.

The finding of this trove of coins follows shortly after the discovery of an ancient coin at Bethsaida, north of the Sea of Galilee, where a team led by Professor Rami Arav of the University of Nebraska at Omaha uncovered a Roman coin minted during the years following the revolt with the words “Judea Capta,” which means Judea has been conquered.

That coin, which dates to AD 85, celebrated the victory over the Jewish rebellion and the destruction of the Temple in Jerusalem.  It was issued by Agrippa II, the great-grandson of Herod the Great, who supported the Romans during the revolt. 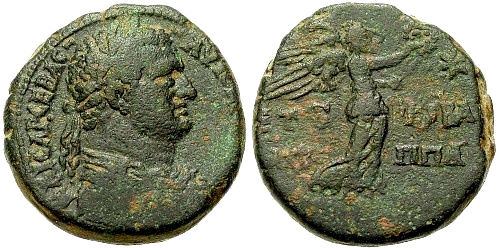 Judea Capta (or Judaea Capta) were a series of commemorative coins originally issued by the Roman Emperor Vespasian to celebrate his son Titus’ capture of Judea and the destruction of the Second Temple in AD 70 during the First Jewish Revolt.