“For I know the plans I have for you,” declares the LORD, “plans to prosper you and not to harm you, plans to give you hope and a future.”  (Jeremiah 29:11)

The midnight deadline for reaching a preliminary nuclear agreement with Iran was given a one-day extension last night after negotiators failed to resolve stubborn disputes.

The White House warned that the Obama administration was ready to step back if it concluded an accord could not be reached.

“I actually would say that if we’re not able to reach a political agreement in the timeline that we’ve described that we would walk away from the negotiating table,” said Josh Earnest, the White House spokesman.  (NYT)

Furthermore, Iran demands an immediate end to international sanctions even as it continues to work on developing nuclear weapons capability. 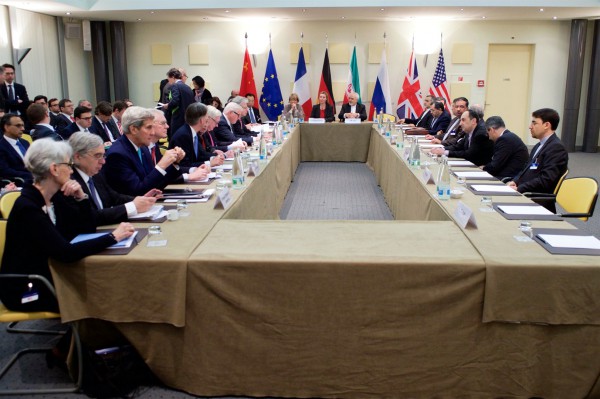 U.S. Secretary of State John Kerry sits with his counterparts from Germany, China, the European Union, France, the United Kingdom, and Russia on March 31, 2015, in Lausanne, Switzerland, before the P5+1 partner nations resume direct negotiations with Iranian officials, top and right, about the future of their country’s nuclear program.  (State Department photo)

While US Secretary of State John Kerry and his negotiating team feverishly worked to meet the Tuesday midnight deadline for a nuclear reduction accord with Iran at Lausanne Switzerland, Israel and most of the other Arab countries warily stood by expecting the worst.

For starters on Monday, Iran’s deputy foreign minister, Abbas Araqchi, told Iranian and other international news organizations that Iran had no plans to ship its nuclear stockpile out of the country, as the United States has long expected and believed had been tacitly agreed to last November.  (Guardian)

“The bottom line is that we don’t have agreement with the Iranians on the stockpile issue,” said US State Department spokeswoman Marie Harf to reporters. “This is still one of the outstanding issues.”  (NYT)

This leaves any agreement as being essentially toothless with the only possible alternative being the Iranian’s promise to reduce centrifuge capacity, which is meaningless without ample verification. 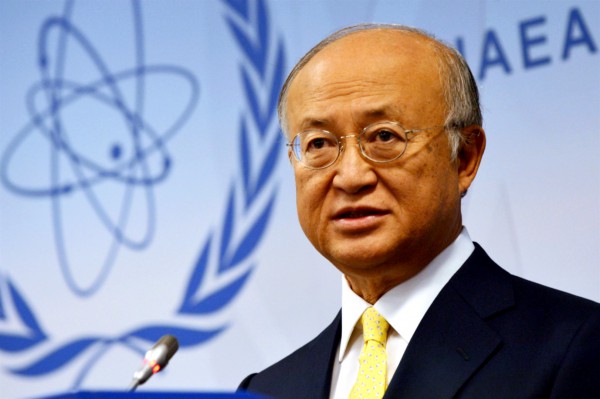 The head of the International Atomic Energy Agency, Yukiya Amano, has already admitted that Iran is not transparent about its nuclear program’s history (USA News).

IAEA former deputy director, Olli Heinonen, warns that the time Iran would need to build a bomb could be as little as seven to eight months and not the year that the US negotiators are hoping for.  (Tower)

Senator Bob Menendez, a top Senate Democrat described the deal as terrible, saying, “We are not inching closer to Iran’s negotiating position, but leaping toward it with both feet.”

He added, “My fear is that we are no longer guided by the principle that ‘no deal is better than a bad deal,’ but instead we are negotiating ‘any deal for a deal’s sake.’”

Former Secretary of State Henry Kissinger warned that the talks are going in the wrong direction.

Former Secretary of State George Schultz said that the Iranians had “already outmaneuvered us.”

Virginia’s Democratic Senator Time Kaine said that the Iranians are moving to destabilize the governments of (US allied) nations from as far away as Bahrain to Morocco.

As well, Lt. Gen. Michael Flynn, the former head of the Defense Intelligence Agency said that president Barack Obama’s Middle East policy is one of “willful ignorance.”  He emphasized that the administration needs a clearer strategy in order to deal with ongoing conflicts in the area.  He also noted that Iran is clearly working to influence events through a “regional sectarian war.”  (Washington Post)

Meanwhile, on Sunday, Israeli Prime Minister Benjamin Netanyahu said in his weekly cabinet meeting, “This agreement, as it appears, confirms all of our concerns and even more so.”

He explained that even as the negotiations continue, Iranian-backed militia forces in Yemen are overrunning large portions of that country while trying to gain control of the strategic Bab-el-Mandeb Strait, which is critical to world oil supplies.  (JPost) 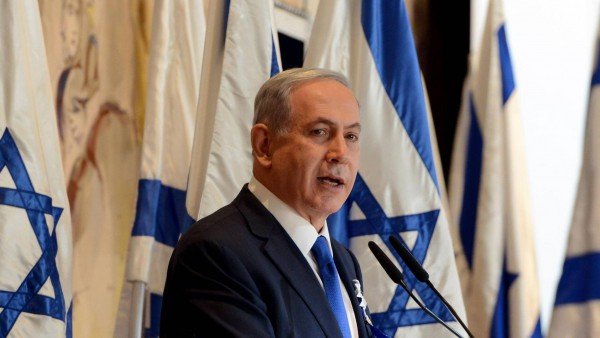 The Prime Minister further warned that Iran is now carrying out a pincer movement from the south to take over and occupy the entire Middle East.

This combined with the Swiss negotiations is in the Prime Minister’s words, “very dangerous to humanity.”

On Monday, Netanyahu said that any agreement with Iran would send the wrong message about the country’s “aggression” in Yemen.

“The agreement being formulated … sends a message that there is no price for aggression and, on the contrary, that Iran’s aggression is to be rewarded,” he said. “The moderate and responsible countries in the region, especially Israel and also many other countries, will be the first to be hurt by this agreement.”

“One cannot understand that when forces supported by Iran continue to conquer more ground in Yemen, in Lausanne they are closing their eyes to this aggression,” Netanyahu said.  “But we are not closing our eyes and we will continue to act against every threat in every generation, certainly in this generation.”

Nevertheless, a senior Israeli government source said, “The agreement looks like a done deal, and it looks very bad, even though we still hope to see a surprising last-minute development.”  He added that any agreement will have to be approved by the US Congress but that there is doubt that the Congress will be able to block it.  (Arutz 7)