“While people are saying, ‘Peace and safety,’ destruction will come on them suddenly, as labor pains on a pregnant woman, and they will not escape.”  (1 Thessalonians 5:3)

As the so-called P5+1 group—the United States, Britain, China, France and Russia plus Germany—fought their way to the finish line for a framework nuclear deal with Iran last week, an Iranian general said Tuesday that “erasing Israel off the map” is “nonnegotiable.”

Not surprisingly, on Friday, Israeli Prime Minister Benjamin Netanyahu responded to the nuclear framework, saying, “Israel demands that any final agreement with Iran will include a clear and unambiguous Iranian commitment of Israel’s right to exist.”

“This deal threatens the survival of the State of Israel,” Netanyahu told US President Barack Obama in a phone call.  “In these fateful days Iran is accelerating the arming of its terror proxies to attack Israel.  This deal would legitimize Iran’s nuclear program, bolster Iran’s economy, and increase Iran’s aggression and terror throughout the Middle East and beyond.”

“Such a deal would not block Iran’s path to the bomb.  It would pave it.  It would increase the risks of nuclear proliferation in the region and the risks of a horrific war,” he added.  (Times of Israel)

On Thursday, President Barack Obama told the press that he and Israeli Prime Minister Benjamin Netanyahu disagree on moving forward “with a peaceful resolution to the Iranian issue.”

Netanyahu has not rejected diplomacy or a “peaceful resolution” as Obama alleged on Thursday, but he has disagreed with points of the current deal that would make it easier for Iran to a nuclear bomb. 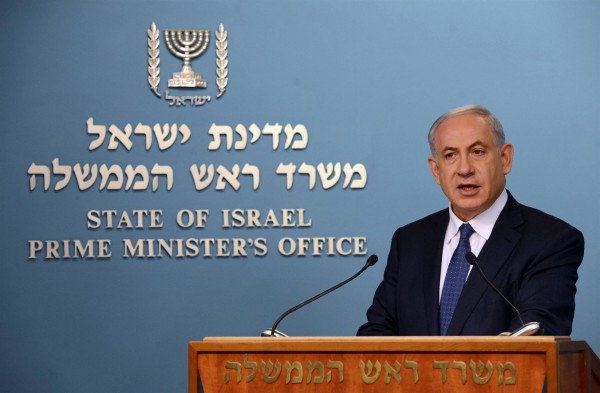 Netanyahu makes a statement regarding the nuclear framework with Iran.  (GPO photo by Haim Zach)

It seems that the P5+1 representatives believe that Iran will be an honest participant to the agreement even though its leaders have made their intentions plain in their aggressive Middle East moves against Israel.

Netanyahu declared that Naqdi’s statement amid ongoing nuclear talks with Iran was “unconscionable.”

“Yesterday an Iranian general brazenly declared, and I quote: ‘Israel’s destruction is nonnegotiable,’ but evidently giving Iran’s murderous regime a clear path to the bomb is negotiable,” Netanyahu said.

In addition, in 2014, Naqdi touted Iran’s role in supplying weapons to “West Bank Palestinians” for future battles against Israel.  He also claimed the Islamic republic provided Hamas with much of its weapons, training and technical knowledge for last summer’s Gaza-Israel war.  (Times of Israel)

“The Obama administration, as well as many in the international community, blasted Israel for a ‘disproportionate response’ to the rocket attacks, refusing to acknowledge Israel’s right to eliminate the threats that kept over half of its population cowering in bomb shelters,” Dan Liljenquist wrote for Deseret News.  “Israel took the brunt of the blame from Obama, while Iran’s instigation was barely acknowledged.”

Although Obama called Thursday’s framework between Iran and the world powers “historic,” an unnamed Jerusalem official cited the step as “a capitulation to Iranian dictates,” which would “lead to a bad and dangerous agreement.”  (Times of Israel) 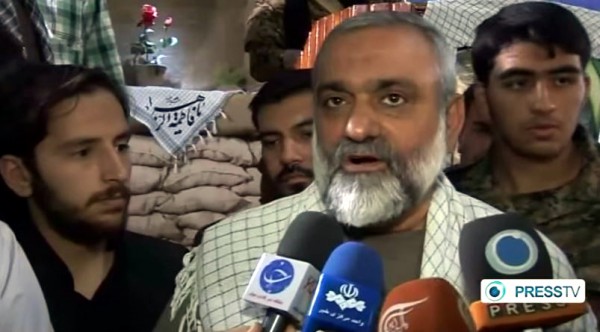 According to Obama, the P5+1 parameters would set up “unprecedented verification and inspection mechanisms” on Iran’s nuclear program and would phase out economic sanctions, adding that “nothing is agreed to until everything is agreed.”

The nuclear deal between the P5+1 and Iran is slated to be finalized in June; Thursday’s agreement followed minutes after Netanyahu urged on Twitter that the deal “significantly roll back Iran’s nuclear capabilities” and require that Iran cease aggression and terrorism.

At his Thursday press conference, Obama recalled that Iran already had been working on its nuclear program for decades, including “concealing a covert nuclear facility.”

“When Iran did not come to the table in a serious way, we unrolled sanctions that had a profound impact on the Iranian economy,” Obama said.  “Sanctions did help bring Iran to the negotiating table.”

However, later in his statement, Obama listed three possible courses of action against Iran, emphasizing that continued sanctions, even with adding more, comes with “knowing that every time we’ve done so Iran has continued its program.”

Of current negotiations, Obama said, “It is a good deal, a deal that meets our core objectives: this framework would cut off every pathway that Iran could take to develop a nuclear weapon.”

“This deal is not based on trust; it’s based on unprecedented verification,” he added, stating that Iran is two to three months away from a nuclear bomb with the materials it has in store, but that “now Iran will not stockpile materials for a weapon.”

“For the next decade, Iran would be at least a year away” from a weapon, Obama said, affirming his support of the deal that would reduce Iran’s nuclear stockpiles on a promise Iran would not pursue a nuclear bomb.

“Iran is not going to simply disband its nuclear program just because we tell it to,” he added, stating that a nuclear deal with Iran would carry more weight than sanctions.  “If, in fact, Prime Minister Netanyahu is looking for the most effective way to ensure Iran doesn’t get a nuclear weapon, this is the best option.”   (CBS DC)

In a statement, United Kingdom Foreign Secretary Phillip Hammond said that the key parameters of the nuclear framework with Iran, decided on Thursday among the P5+1 world powers, include an “Iranian agreement to restrict its nuclear program by limiting its enrichment capacity, level and stockpile for specified durations”—between 10 to 20 years, or more, in length.

“Research and development will be conducted within agreed bounds,” Hammond stated.  “Iran has also agreed to allow greater oversight of its activities.”

Hammond said the parameters assure that Iran’s nuclear program will be peaceful, in return, receiving “significant economic and financial sanctions relief including the termination of all U.N. Security Council Resolutions.” 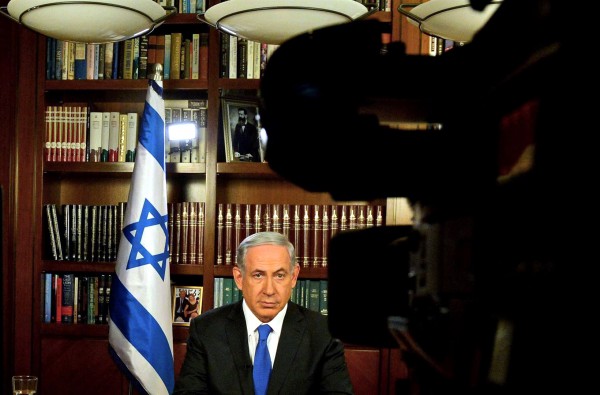 Nevertheless, in an interview with NBC on Sunday, PM Netanyahu reminded listeners that there were high hopes when a deal was reached with North Korea, but ultimately those hopes were dashed.

“The entire world celebrated the deal with North Korea.  It [was] deemed to be a great breakthrough; it would bring an end to North Korea’s nuclear program; you’d have inspectors.  That would do the job.  And of course everybody applauded it, but it turned out to be a very, very bad deal and you know where we are with North Korea,” he stated.

“I think the same thing would be true in the case of Iran, except that Iran is a great deal more dangerous than North Korea.

It’s a militant Islamic power bent on regional domination, in fact, bent on world domination, as it openly says so.  They just chanted ‘Death to America’ a few days ago on the streets of Tehran, the same streets where they’re rejoicing right now.  Don’t give the preeminent terrorist state of our time the access to a nuclear program that could help them make nuclear weapons.  It’s very bad for all of us,” Netanyahu said.