US House Speaker John Boehner, World Is on Fire 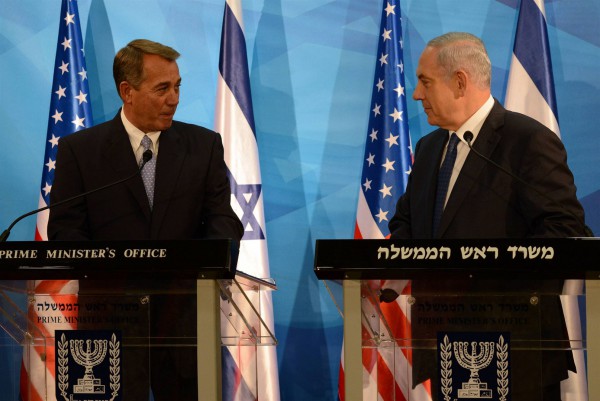 “Jonathan said to David, ‘Go in peace, for we have sworn friendship with each other in the name of the Lord, saying, “The Lord is witness between you and me, and between your descendants and my descendants forever.”‘”  (1 Samuel 20:42)

Boehner, who had invited the prime minister to speak before Congress last month on the Iranian nuclear deal, emphasized that the United States, Israel and their allies face the same dangers, stating, “You can’t continue to turn your eye away from the threats that face all of us.”

Netanyahu called his visit a “testament to the historic and enduring bond that unites our two nations, our two democracies.”  (Arutz 7)

“In this violent and unstable region, where states are imploding and fanaticism is exploding, one thing remains rock solid:  Our friendship, our alliance, our partnership,” Netanyahu told him.  “This is a bond that is founded on our common values, our shared commitment to liberty and equal rights for all.”

Boehner agreed, saying despite “political disagreements from time to time, the bonds between our two nations are strong, and they’re going to continue to be strong.”  (Ynet) 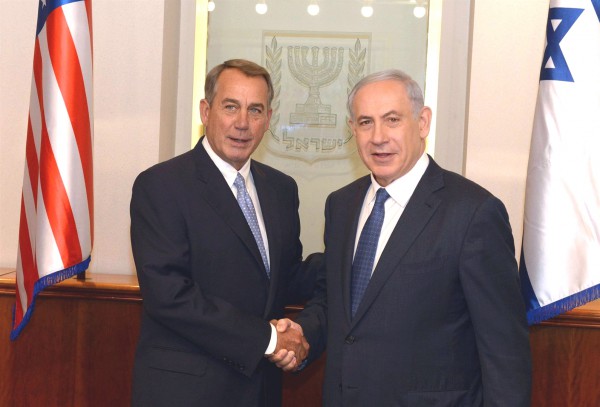 Boehner, however, took the opportunity to tell Politico from his Jerusalem hotel room the real condition of the world today.

“The world is on fire.  And I don’t think enough Americans or enough people in the administration understand how serious the problems that we’re facing in the world are,” he explained.

“Here’s the essence of what I’ve learned on this trip:  The problem is growing faster than what we and our allies are doing to try to stop it,” Boehner said.

Boehner has supported Obama on several key foreign policy issues, but regarding negotiations with Iran, he said, “We’re in these talks with the people who describe us as Satan, like we’re going to come to some agreement with the Iranians, while they’re spreading terror all over the Middle East.”

“What bothers me is it looks like the administration is so hungry for a deal just to have a deal so they can say they have a deal.  The rest of the world wants something real out of this,” he added.

Boehner, who is the Republican majority leader of Congress and second in line to the presidency, has pledged to lead the Congress in increasing sanctions if no Iranian deal is made.  And if a deal is made, he said he will review it and respond accordingly.

Regarding US and Israel, Boehner assured Politico:  “No one should look at big problems between Israel and America.  There are big problems between Bibi and our president. … the fact is we’re great allies and there’s a lot going on in the world and we need each other.”