“Hear, Israel:  Today you are going into battle against your enemies.  Do not be fainthearted or afraid; do not panic or be terrified by them.  For the Lord your God is the one who goes with you to fight for you against your enemies to give you victory.”  (Deuteronomy 20:3–4)

A poll of 2,230 British Jews by the Campaign Against Anti-Semitism (CAA) found that more than half believe that current anti-Semitism echoes that of the 1930s with 45% feeling personally threatened by extreme Islamism, and 58% seeing no future for Jews in Europe. 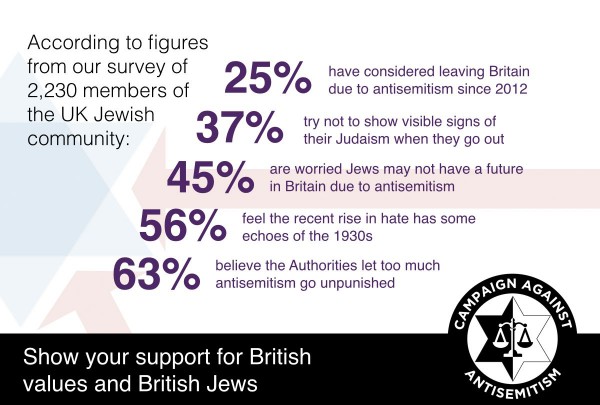 Close to 60% of those surveyed felt that recent anti-Semitism has some echoes of the 1930s.

The survey took place during the time of the attacks on the Charlie Hebdo magazine and the kosher supermarket in France, in which a total of 16 innocent people were murdered.

While admitting that the British Jewish community was not yet experiencing the level of anti-Semitism as those in Europe, Falter said that the nation is at a tipping point and he called for zero tolerance of anti-Semitism if British Jews are to remain in their own country.

The CAA revealed that 2014 saw the highest number of anti-Semitic acts reported to the police since records began 30 years ago.  It explained that although incidents tend to increase when Israel is at war, they do not necessarily fall afterwards.  (Yahoo)

The survey also reports that over half of those interviewed have witnessed more anti-Semitism in the past two years than ever before, and 77% report seeing anti-Semitism disguised as political comments regarding Israel. 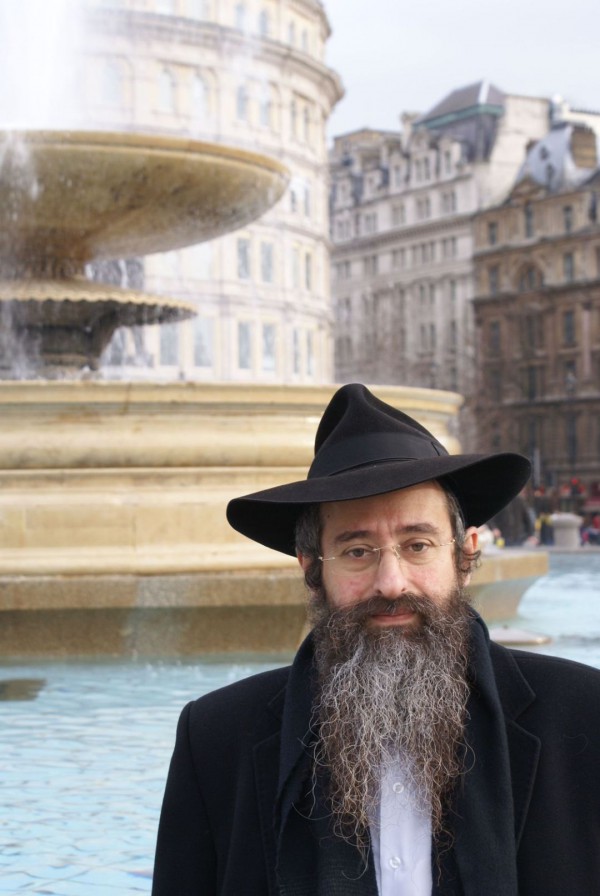 An Orthodox Jewish man at Trafalgar Square in London.

On a positive note, the United Nations, which has been passive regarding the plight of Jews for many decades is planning to hold its first ever special meeting on the subject of “the global outbreak of anti-Semitism” on January 22nd.

Thirty-seven countries asked for a meeting of the 193 member states because they said, “A clear message from the General Assembly is a critical component of combating the sudden rise of violence and hatred directed at Jews.”

Writing in the Telegraph, Jewish columnist Emma Barnett says, “There’s been an attitudinal shift:  at some point between the Holocaust and 2015, it’s become OK to blame ‘Jews’ again—and the latest stick to beat the Jewish Diaspora with is Israel.”

She adds, “Today in Britain the wider society seems unwilling to grasp, denounce and crucially understand anti-Semitism.  The Jewish community needs more outward solidarity as the tide slowly turns against us once more.”

Britain’s Home Secretary Theresa May promised to help the situation by improving education and increasing follow-through on current legislation against hate crimes, adding that unacceptable attitudes against Jews “have absolutely no place in Britain, and we must do everything we can to eradicate them.”

As well, Chancellor Angela Merkel of Germany responded to the recent murders in Paris by saying that a vibrant democracy is the best way to combat extreme violence and that both Islam and Jewish life are a part of Germany.

Merkel has been criticized in the past by members of her own party for being too defensive of the country’s 4 million Muslims, at the expense of Germany’s Judeo-Christian roots.  (JPost) 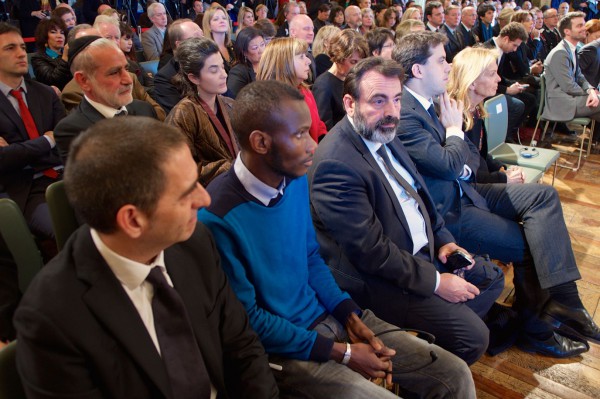 Meanwhile, today, the French Ministry of the Interior granted citizenship to Lassana Bathily, the Malian Muslim who is credited with saving the lives of several Jewish patrons during the attack on the Paris kosher supermarket by hiding them in a cooler.

“I helped Jews.  We’re all brothers,” said Bathily on BFM TV, adding, “It’s not a question of Jews, Christians or Muslims, we’re all in the same boat.”  (JPost)

To proactively combat what could be just talk but no action by political leaders, the heads of several European Jewish communities met in Israel to draw up a new symbolic “Nuremberg Convention” to save Jews.  Delegates from France, Belgium, Germany and Greece were included in the meeting in Israel.

This new convention would call on European leaders to make “more effective laws to outlaw hate speech and online incitement, as well as continuing to push for a full-time European envoy to monitor and combat anti-Semitism.”  (Times of Israel)

The delegation would present their plan on September 15, exactly 80 years following the infamous Nazi adoption of the racial laws that began the systematic bureaucratic discrimination against the Jews.