“For people who are wicked and deceitful have opened their mouths against me; they have spoken against me with lying tongues.  With words of hatred they surround me; they attack me without cause.”  (Psalm 109:2–3)

Recent events in Toronto and London show heightening anti-Semitism while worldwide a spectrum of strategies has emerged to counteract hatred of the Jewish people—including the idea to develop a counter-anti-Semitism taskforce proposed by a top European Union official.

Toronto has seen a rise in anti-Semitism, with the Jewish community being targeted in a third of the city’s hate crimes in 2014—seeing 146 reported anti-Jewish incidents in 2014, up from 131 in 2013.  (Israel National News) 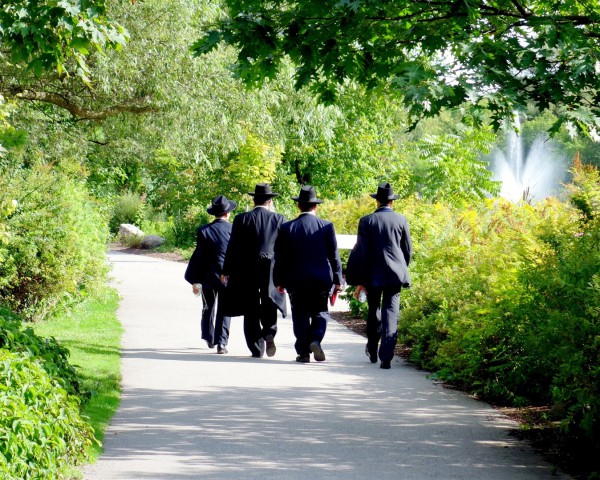 Ultra-Orthodox Jewish men walk together in a Toronto park.

Across the ocean, London saw its latest reported anti-Semitic incident on Sunday when about 20 youth stormed a Stamford Hill synagogue shouting, “We will kill you,” while scuffling with prayer-service attendees.  Six were arrested for assault and disturbing public order.

Many were thought to be drunk, arriving after leaving a party earlier in the morning.  At least six from the group of aggressors are thought to be from the new fascist movement “Liberate” also known as “National Liberation” that seeks to liberate England from Jewish “occupation.”  (endzog)

Video footage shows smashed windows in the doors leading into the prayer hall, with chairs and other objects being hurled into the room amid yelling from both sides.  Reports also state members of the group tore apart prayers books and knocked out a tooth of a Jewish passerby who tried to intervene. 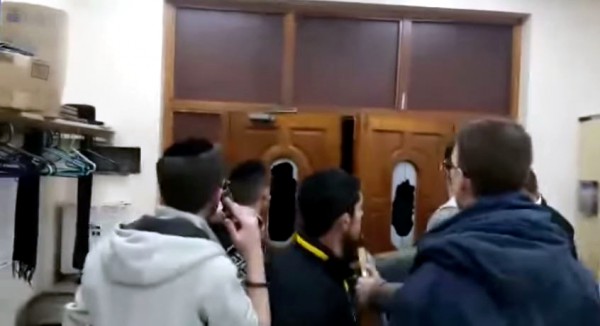 A group of about 20 youths attacked Ahavat Torah synagogue in the London suburb of Stamford Hill over the weekend, yelling threats, beating worshipers and smashing the windows.  In this YouTube screenshot, the congregants defend the doors, which are being pushed open.

Just days before, Prime Minister David Cameron told the audience at the annual dinner for Community Security Trust (CST), a Jewish charity that protects the community against anti-Semitism, that new money had been found in the budget to protect the Jewish community.  He said £7million would be given to fund guards for all Jewish private schools and colleges across the country.

“At a time when once again the Jewish communities of Europe feel vulnerable and when anti-Semitism is at record levels here in Britain I will not stand idly by,” Cameron said.

“I will not turn a blind eye to the threats that the community faces. If the Jewish community does not feel secure then our whole national fabric is diminished…  We are going to fight anti-Semitism with everything we have got,”  Cameron promised.  (JP) 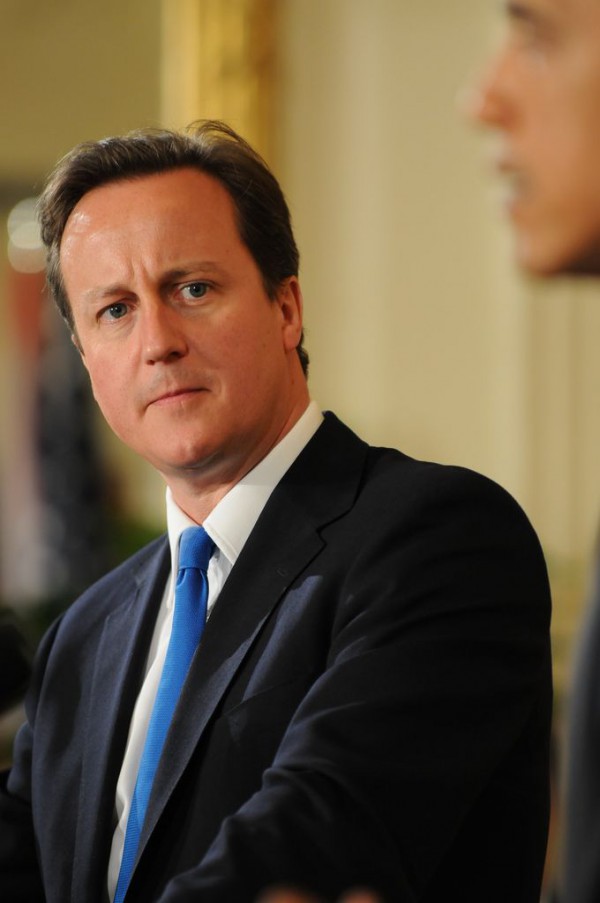 London’s Metropolitan Police has also tracked the rise of anti-Semitism and of anti-Muslim sentiment in its capital, finding in 2013 and 2014, 549 and 611 Islamophobic incidents, and an increase from 169 to 400 anti-Jewish incidents, respectively.  (The Star)

Stamford Hill, however, is a special example of how Muslims and Jews do live with mutual respect and protection.

While the CST report saw reported anti-Semitic incidents occurring in 89 locations throughout England, the 70–80 Jewish volunteers in Stamford Hill’s Shomrim patrol and the local Jewish community have won the respect of local Muslims who have been under Jewish protection.

As well, the Orthodox Jewish community stood by the Muslim community that endured a backlash of assaults in the wake of the 2013 brutal murder of British soldier Lee Rigby by an Islamist in Greenwich.  That earned them gratitude from area Muslims, such as North London Mosque co-founder Eusoof Amerat.

People from outside the community “will come and try to break us,” said 27-year old Amerat, who has lived in Stamford Hill all his life, but “we will be there supporting each other.” 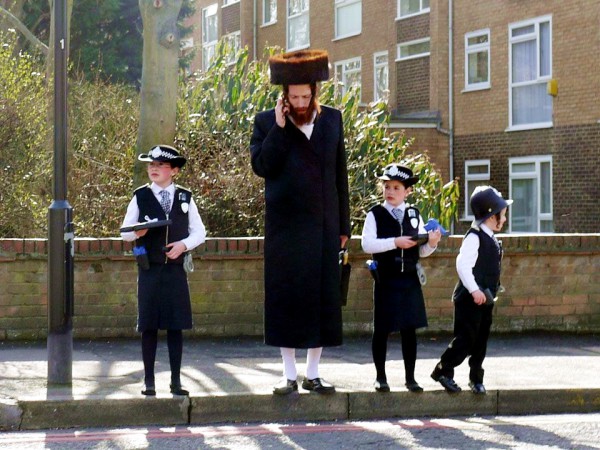 In Jerusalem, Arab and Jewish residents are also seeking methods of peace, with March 19 launching a 100-member children’s soccer team, the “Equals Team,” that seeks to “Kick Racism Out of Israel Football,” the title of an anti-racism project sponsored by New Israel Fund.

“Soccer contributes to the advancement of coexistence and equality, and it is great that children in the city, Jews and Arabs, have the opportunity to meet each other, and see that common ground, including love of soccer, infinitely outweighs the differences,” Captain Aviram Baruchyan of the Hapoel Katamon soccer club told the Times of Israel last Wednesday. 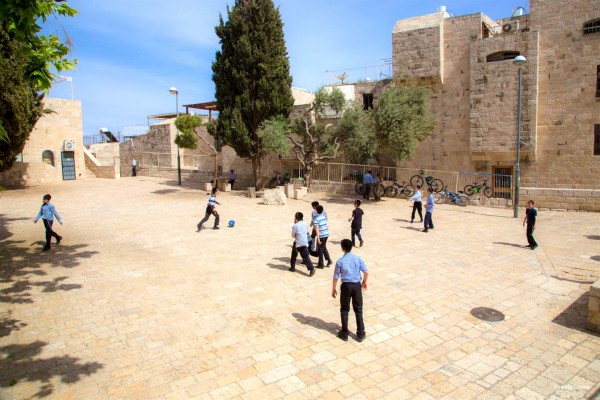 Children play soccer in the Jewish Quarter of Jerusalem.  (Photo by Etienne Valois)

Also this March, Frederica Mogherini, Europe’s High Representative of Foreign Affairs and Security Policy, received letters from Italian lawmakers with a bid to take action against anti-Semitism in Europe.

Mogherini, thereafter, pitched the idea for a continental taskforce against anti-Semitism and moved it into the hands of European commissioner Frans Timmermans, who holds authority over matters dealing with fundamental rights.

“We are already working on various initiatives,” Mogherini said to the Jerusalem Post.

“Finally, be strong in the Lord and in his mighty power.  Put on the full armor of God, so that you can take your stand against the devil’s schemes.”  (Ephesians 6:10–11)