“Though a host encamp against me, my heart will not fear; though war arise against me, in spite of this I shall be confident.”  (Psalm 27:3)

On Wednesday morning, in the latest of a series of what seems to be “lone wolf” attacks inspired by the Palestinian Authority culture of violence toward Israelis, three Israel Defense Forces soldiers (IDF) were attacked by a knife-wielding Palestinian terrorist. 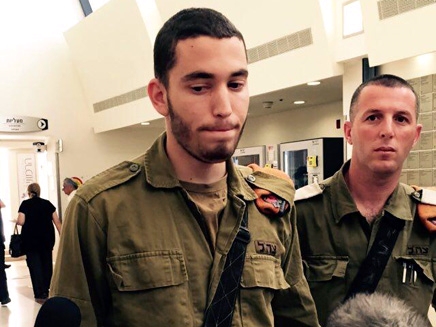 The IDF credits the actions of Sgt. Tomer Lan with preventing a large scale attack in Samaria.  (IDFblog photo)

The IDF soldiers, who are part of a military medical unit, had been called to the Shiloh junction to fortify security on the Shiloh area roads over the Passover holiday.  Two were sitting in an ambulance, while a third was standing beside the vehicle.

Muhammad Jaser Karakara, 27, first walked by the ambulance and then turned, running with a knife toward IDF Staff Sgt. Tomer Lan who was standing just outside the ambulance.  After stabbing Lan in the back, Karakara opened the door of the ambulance to attack the two inside.  He stabbed a paramedic in the neck and the stomach, critically injuring him.  (JerusalemOnline)

Despite his injuries, Lan got up from the ground to stop the Palestinian terrorist from killing his friends.  Lan recalled the attack and his killing of the terrorist:

“A Palestinian began to approach us; he didn’t look suspicious,” said the soldier.  “He continued about 100 meters and then disappeared.  After a few seconds he turned around, came back in our direction, and had nothing in his hands.  When he was standing a few meters away from me, he began to run toward me screaming and pulling out a knife.”

“He stabbed me twice in the back,” continued the soldier, “I fell down to the ground.  At this time he went into the car with the knife where two of my friends were sitting, and he stabbed them.  I stood up, pointing my gun at him, shot, and killed him.”

The knife and a copy of the Koran were found on the Palestinian terrorist.

The attack occurred near the Jewish settlement of Shiloh, which is now in the disputed territories.  In Bible times, Joshua made Shiloh the central place of worship, setting up the Tent of Meeting there, which housed the Ark of the Covenant.  It also served as the capital of Israel during the time of the Judges. 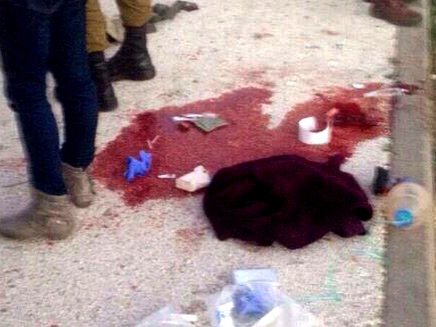 North of Jerusalem, a public bus was attacked by stone throwers who managed to shatter the windshield, injuring the driver and one passenger.  In another incident to the south of the capital, a private vehicle was attacked by a band of Palestinians.  The driver was able to flee the area.  (Israel Today)

Near the entrance to the community of the Samarian community of Ma’aleh Levona, a young man, aged about 20, was also attacked by knife-wielding terrorists.  He was treated by a Magen David Adom emergency service team and evacuated to a Jerusalem hospital.  Three attackers were seen fleeing the area.

Later in the week, an IDF soldier was stabbed both in the head and the legs at the Oranit Checkpoint on the Trans-Samaria Highway.

He was brought to Bellinson Hospital in Petah Tikva following first-aid treatment, in moderate condition.

The soldier was part of a paratrooper unit that had been dispatched to the area following detection of six Palestine illegals attempting to cross the security fence into Israeli controlled territory.

As they were being arrested, one of the Palestinians took out a knife and attacked the unit commander.  He was a minor who was quickly subdued by security forces and taken into custody.  (Arutz 7)