“Yeshua went throughout Galilee, teaching in their synagogues, proclaiming the good news of the kingdom, and healing every disease and sickness among the people.”  (Matthew 4:23)

In the face of erroneous claims that Jews are foreigners in the Holy Land, Israeli archaeologists continue to find evidence to the contrary.

Recently they found 1,700-year-old epitaphs near Nazareth that speak of “rabbis” and sign off with “shalom.”

The 17 ancient epitaphs, most in Aramaic, the common Jewish language of Yeshua’s (Jesus) day, were found at the Zippori moshav (cooperative agricultural community).

“Zippori was the first capital of Galilee from the time of the Hasmonean dynasty until the establishment of Tiberias in the first century CE,” the researchers’ press release stated.

Zippori is the traditional birthplace of Miryam (Mary, the mother of Yeshua) and is located four miles northwest of Nazareth, the home of Yeshua, according to the Jewish Virtual Library. 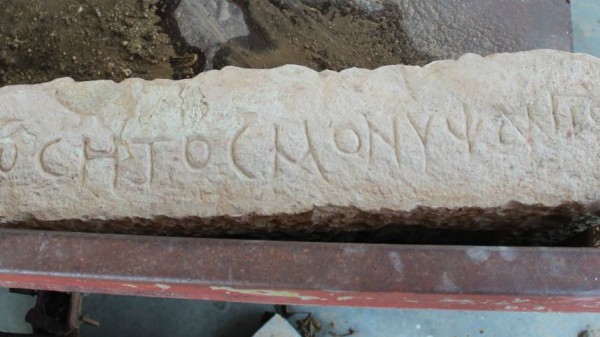 One of the 1,700-year-old funerary inscriptions found at the Zippori site in the Galilee.  (IAA Photo by Miki Peleg)

The Zippori epitaphs were found during a joint excavation by the Israel Antiquities Authority (IAA) and the Kinneret Institute for Galilean Archaeology.  So far, the archaeologists have decoded the Aramaic inscriptions for “rabbis” (their names have yet to be translated), forever (l’olam), “the Tiberian,” and “shalom.”

The Israel Antiquities Authority stated that “l’olam” refers to a person’s burial place, “which will remain his forever — nobody will take it from him;” while “shalom,” a Hebrew blessing meaning “the fullness of peace,” ends both Aramaic texts.  (Haaretz)

Overall, “the wealth of inscriptions found in the cemeteries attests to the strong Jewish presence and the city’s social elite in the late Roman period,” the official press release said.

The ancient city was founded by Alexander Janneus of the Hasmonean line (the Maccabee family) who reigned from 103–76 BC.  Jewish historian Josephus Flavius called it “the ornament of all Galilee.”

Zippori became the administrative capital of the Galilee in the middle of the first century AD under Roman rule.

The Romans captured the city in 37 BC “when its inhabitants fled in the midst of a snowstorm,” writes Jewish Virtual Library.  About 100 years after Zippori’s capture, the Bar-Kochba revolt in Jerusalem led to the transformation of this Galilean city into the center of Jewish religious and spiritual life.

“The Jewish life in the city was rich and diverse as indicated by the numerous ritual baths discovered in the excavation; while at the same time, the influence of Roman culture was also quite evident as reflected in the design of the town with its paved streets, colonnaded main roads, theater, and bathhouses,” the press release said. 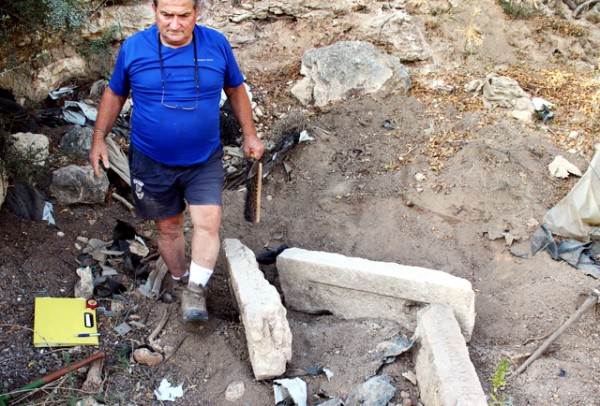 1,700-year-old funerary inscriptions of “rabbis” were exposed in the ancient cemetery at Zippori, which is in the Galilee area of Israel.  (IAA Photo)

Zippori also became the base for the Sanhedrin, the supreme religious judicial body of the nation, which was led by Rabbi Yehuda Ha-Nasi (Judah the Prince). Ha-Nasi (AD 135–217) edited and compiled the Mishna (the body of oral law) and lived in Zippori with “the Tannaim, and after him the Amoraim — the sages who studied in the city’s houses of learning,” said Dr. Motti Aviam of the Kinneret Institute for Galilean Archaeology.

Although he was called a rabbi, Aviam said the term “rabbi” should not necessarily be understood with its contemporary definition.  “Researchers are uncertain as to the meaning of the term.”

Here at Zippori, the Roman-influenced pagans and the Jews “coexisted in harmony” until a 363 earthquake.  The city “was rebuilt soon thereafter, retaining its social and spiritual centrality in Jewish life in the Galilee.”  (Jewish Virtual Library)

Ezekiel 38:3–6 identifies the nations that will form the coalition against Israel: Gog (Rosh in some translations), who many believe is from modern Russia. Magog, Meshek, Tubal, Gomer, and Beth Togarmah are possibly all within modern Turkey or vicinity. Persia is modern Iran. Ethiopia (Cush) is now North Sudan, and Put is modern Libya.