Three suspected smugglers were intercepted and arrested at sea during the attempted transfer of rocket- and mortar-making materials from Egypt to Gaza last month.

This past week, the Israeli Navy and the Israel Security Agency (Shin Bet) co-released information about the January 19 incident.  After assessing the vessel contents and performing interrogations, they confirmed that the liquid fiberglass in the boat was destined for Hamas’ military wing.  (Ynet)

The three detainees—Mahmed Bechar, Ahmed Zaidi and Awad Zaidi—also provided a detailed description of the Gaza-Sinai marine smuggling route, outlining Hamas’ use of both Gazan fishermen and smugglers in a black-market system to profit Hamas.  (TheYeshivaWorld)

“The IDF is determined to prevent unlawful attempts to ship weapons and raw materials that may jeopardize the well being of Israelis,” stated IDF Spokesperson Lt. Col. Peter Lerner.  “This shipment highlights that when Hamas chose to smuggle materials for rockets and mortars, it chose not to invest in the rehabilitation for the people of Gaza.” 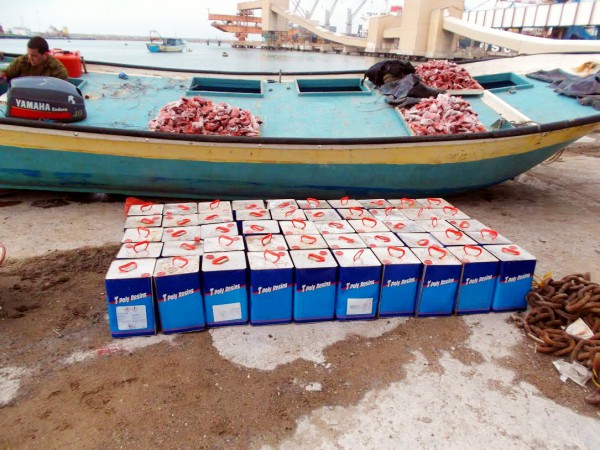 Both Israel and Egypt have set up limiting blockades on Gaza that allow for goods transferred to the Strip to be scrutinized.

Israel continues to transfer tons of humanitarian supplies to Gaza each month.  Such materials were transferred to the Strip even during the Israel-Gaza war last year— and on at least one occasion its Arab-manned aid trucks were under fire from Hamas.

In the last few months, Egypt has been active in destroying the illegal access tunnels between Egypt and Gaza, a buffer zone of Gazan buildings crumbling with every strike.  Remarkably, this activity—to stop smuggling out of Egypt—brought no international outcry, which is in sharp contrast to world condemnation of the Jewish state for similar actions done in the state’s defense last year.

Last summer’s Israel-Gaza war revealed that Hamas has taken millions in aid and building supplies for the construction of a tunnel network to use in strikes against Israeli civilian centers, infiltration into the Jewish state and smuggling of weaponry and materials of war from Egypt into Gaza. 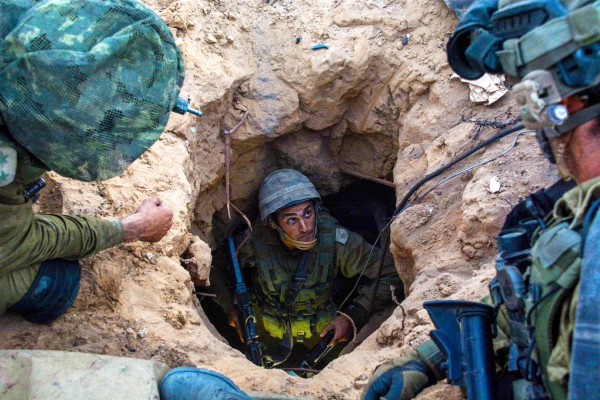 The tunnels also showed evidence of being designed for quick kidnappings and at least one Israeli soldier was killed and taken back into Gaza in a tunnel last year.

Also, Gilad Shalit’s successful 2006 kidnapping and ransom in exchange for 1,027 PA Arab and Arab-Israeli prisoners, has rewarded Israel’s enemies with an expectation that kidnapping Jewish Israelis would be well rewarded. The tunnels remain the greatest threat to the lives and the security of Israelis.

Also this week, the Israeli Defense Forces and Shin Bet ran a sting operation in Judea and Samaria, seizing illegal weapons and supplies that included firearms, ammunition and knives.  (JPost)

Knife attacks have been used against Israelis as recently as January 21, 2015, when 23-year-old Palestinian terrorist Hamzeh Matrouk stabbed the driver and at least nine other passengers on a Tel Aviv bus.  (CNN)

“The terrorist attack in Tel Aviv is the direct result of the poisonous incitement being disseminated by the Palestinian Authority against the Jews and their state. This same terrorism is trying to attack us in Paris, Brussels and everywhere,” Israeli Prime Minister Benjamin Netanyahu responded at the time.