On Friday, the Israeli Cabinet increased the monthly salary of Jerusalem police officers by 800 NIS (about $200) after a wave of terror attacks and violence that started Rosh HaShanah.  (Arutz 7)

Because of heightened dangers to security forces in Jerusalem, the city has been unable to fill 340 of its 450 positions, with police recruits refusing jobs in the capital, preferring quieter towns around the country for the same wage.

More than 30 Israeli police officers have been hurt since the Jewish New Year began on September 13.  (YNet) 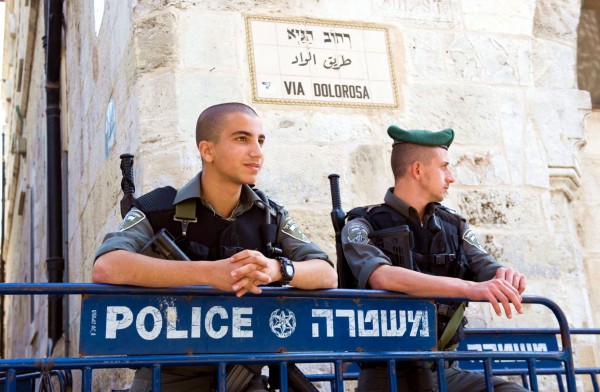 Two Israeli police officers guard the streets of the Old City of Jerusalem on the Via Dolorosa, where Yeshua (Jesus) carried the Roman execution stake.

The Finance Ministry added that the increase in pay for Jerusalem police work also amounted to a “thank you” from the Israeli government for filling the city’s security needs.

Earlier this month, the Israeli police redirected an additional 800 police officers to the capital to defuse the Muslim day of rage that was expected after Friday prayers on September 18.  (i24) 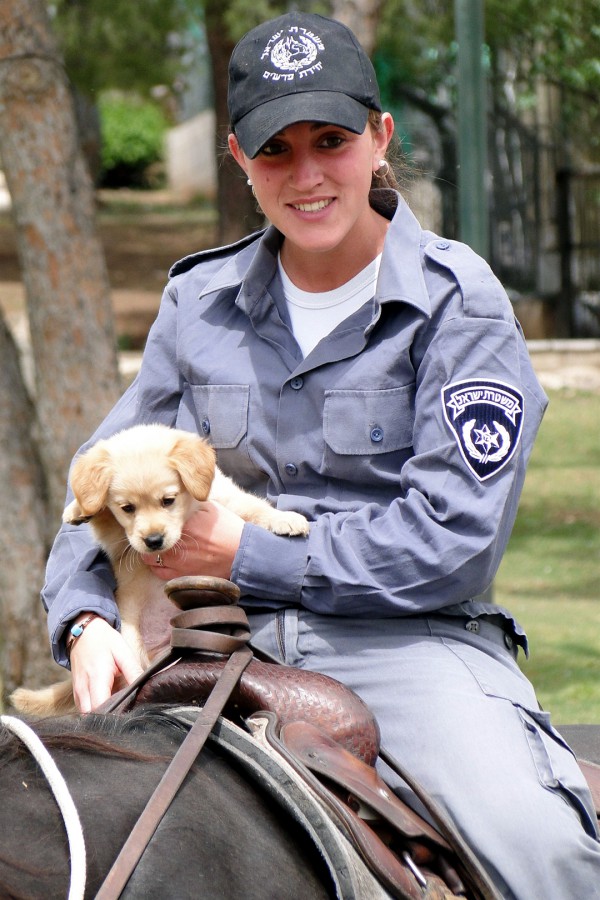 “The Israeli government continues to incite against Palestinian lives, with a culture of hate that dehumanizes a whole nation,” Erekat said on Saturday about the change, calling the ruling a “mere pretext to justify the escalating Israeli crimes against the people of Palestine.”

MK Mickey Levy, a former police chief of Jerusalem, and Yair Lapid, chairman of Yesh Atid political party, released a statement, saying that “Israel needs a professional and high-quality inspector-general.  Now more than ever, the police needs a commander who proved himself for many years, with professional experience, who can rehabilitate the police’s standing and know how to ensure Israeli citizens’ security.”  (JPost)

According to Israel HaYom, the 52-year-old father of seven, Alsheich, who is second in command of Israel’s internal security service, had been offered the police role previously but turned it down.  After Prime Minister Benjamin Netanyahu told Alsheich that he would not be considered for Shin Bet’s top role, Alsheich reportedly changed his mind about the police position.

Netanyahu backed Alsheich’s appointment on Friday, calling him “an accomplished and talented man, who has contributed greatly to Israel’s security and who will contribute greatly as chief of police.”  (TOI)